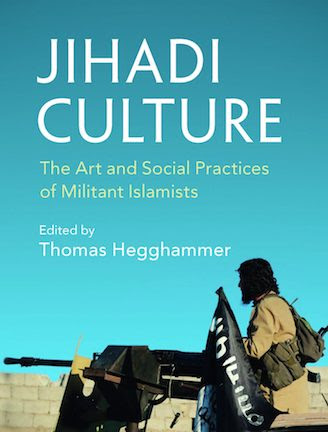 While the study of political Islam and Islamists is an established field in the humanities, Islamic studies and the social sciences since the 1970s, the study of Jihadism emerged at a later stage. A plethora of academic approaches, methodologies and perspectives sprang up after the Afghan Jihad in the 1980s. A search on Amazon.com for books in English that have the word ‘Jihad’ in the titles yields over 3,796 volumes. Of course, not all those listed are scholarly works based on extensive research using academic theoretical frameworks, sound methodologies, primary sources, or fieldwork.

But among those academic volumes, there is strong focus on doctrines, practices, recruitment, and other hard military data that helps understand political violence across continents and nations. Books tend to be saturated with interpretations of Quranic verses, theological debates, Hadith recitations, fatwas, and other ideological tools invoked by Jihadis to spread their ideology, recruit followers, and maintain the viability of their project.

From justifying killing oneself along with the enemy, known as suicide bombing (though Jihadis do not accept this label, claiming it as simply dying for their faith or political project), to killing innocent people or their own Muslim brothers through collateral damage, academics have translated and navigated the theology, doctrines, and politics of Jihad among diverse groups such as al-Qaida in various corners of the world and many other similar groups in the Jihadist underground.

However, it seems that there is more to Jihadism than theological debates, recruitment strategies and military manuals. According to Thomas Hegghammer, there is a culture that is understudied and which has been underestimated in terms of its importance for keeping the fires of Jihad ignited across continents. Drawing on anthropological definitions, mainly Edmund Leach’s study of the Burmese Kachins in which he defines culture as ‘technically superfluous frills and decorations’, Hegghammer and the contributors to Jihadi Culture try to understand a sub-culture that has appealed to some Muslims.

In Jihadi Culture, several academics explore the ‘products and practices that do something other than fill the basic military needs of Jihadi groups’ (p. 5). Like other militant groups in the past and the present, Jihadis fill their free time with religious rituals, songs, poetry, films, sports, and jokes. They dress, cook, eat, and relax in particular ways.

According to Hegghammer, the book is concerned with the ordinary and mundane. On page 7, he writes ‘we are even interested in their toilet habits (see chapter 9)’, though this is presumably a typo as the book has no chapter 9. The last chapter (chapter 8) is written by Hegghammer himself, and explores Jihadi non-military practices. Documentation is analysed to show what Jihadis do when they are not training for military combat. He recognises the limitations of such research when there is no participant observation or fieldwork among the group studied, a method typically employed by anthropologists studying other cultures. Notwithstanding this shortcoming, Hegghammer paints a vivid picture of three types of Jihadi cultural practice: devotional, recreational, and identity-marking, all extrapolated from around 20 analysed documents. The first include such activities as prayer, fasting, exorcism, weeping; the second includes video watching, storytelling, and anasheed singing. The third activity encompasses dress and grooming, slogans, and noms de guerre. Here, Hegghammer emphasises that a strict moral code unsurprisingly means there is little ‘sex, drugs and rock ‘n’ roll’ in the Jihadi underground. This contrasts with the popular image of Jihadis as sex maniacs who seek martyrdom for their reward of 72 virgins, or the recent media coverage of the enslavement of women and Jihad al-Nikah, the ‘marriage Jihad’ that is alleged to have been fostered by the later Jihadi wave of the Islamic State in Raqqa and Mosul since 2014.

Chapter 1 in the book explores poetry in Jihadi culture. Robyn Creswell and Bernard Haykel build on a piece published in the New Yorker in which they examined the poetry of a Jihadi literary celebrity by the name of Ahlam al-Nasr. Together with her husband Abu Usama al-Gharib, reportedly an associate of Caliph Abu Bakr al-Baghdadi, the two are a veritable Jihadi power couple. Jihadi poetry articulates sentiments of political rage and communal boasting. The chapter also explores Usama bin Laden’s poetry with a focus on one poem in which his story of exile, expulsion, and arrival in Afghanistan is narrated. This Jihadi poetry reflects a quest for authenticity, and an obsession with classical art forms, names and heritage. What emerges from studying their poetry is a longing for ‘medievalism’, a quest for progression through regression.

With the advent of the internet and the widespread use of YouTube, Jihadis began to engage in a specific form of cinematography. Anne Stenersen explores the history of Jihadi film making from 1981–2000. The first films began to appear in Afghanistan, initially to document progress in the battlefield, with images taken back home to show audiences. With the arrival of the Arabs in Afghanistan, the camera became essential as a medium to spread news and images of experiences across multiple countries. Usama bin Laden invited Saudi journalists to make documentaries in an effort to help Jihadi fundraising. This resulted in a forty-nine minute video, The Arab Supporters in Afghanistan, showing clips of several Jihadi leaders in the field. With time, Jihadi films became increasingly more professional in the various stages of production from shooting to editing, uploading and distribution.

This edited volume sheds light on a lesser-known sphere of the Jihadi project. Many readers may feel uncomfortable with the inevitable humanisation of Jihadis whose spectacular violence had rendered them outside humanity in the minds of many. But the contributors do not undermine the atrocities nor apologise for them. In fact, we are shown the ‘ordinary’ aspect of political violence, or the banality of evil, as Hannah Arendt would have put it; a characteristic of similar groups throughout history. It also shows the limitations of approaches that depict Jihadis as bloodthirsty maniacs or simply irrational actors. I myself have contributed to this debate in the context of studying Saudi Jihadis and devoted a chapter on the politics and poetics of Jihad in Contesting the Saudi State (Cambridge UP, 2006). I concluded that Jihadis may be better described as irrational rational actors.

The conclusion that the editor proposes is that Jihadis are rational actors who practice violence in pursuing their agendas, dreams and illusions. In their spare time, however, they are engaged with creating a culture that pertains to group solidarity, identity formation and, more importantly, recruitment.

The book is nuanced and well written. It should appeal to academics and policy-makers alike. It perhaps would have benefitted from appendices for the material, especially poems in their original language. This would have allowed native speakers to appreciate the original recordings of the language used and the nuance in the sounds and rhymes. It is a rather unsatisfactory experience to read Arabic poetry in English, whereby one loses the musical sounds associated with various poetic genres, especially anasheed. Similarly, the transliteration could be improved to facilitate a better reading of the original texts. Nevertheless, such frustration is a minor problem, and will only be relevant to a small minority of fluent Arabic speakers.
Posted by Unknown at 10:27 PM