An assistant professor at the University of Chicago Law School in the early ’90s, triedto explain to a prominent senior colleague why she had not yet managed to write one of the 10 or so articles required to get tenure in three years. He listened to her then said, “Journals don’t publish excuses.”

It’s a lesson that comes through loud and clear in Sheryl Sandberg’s new book, “Lean In: Women, Work, and the Will to Lead.” Her point, in a nutshell, is that notwithstanding the many gender biases that still operate all over the workplace, excuses and justifications won’t get women anywhere. Instead, believe in yourself, give it your all, “lean in” and “don’t leave before you leave” — which is to say, don’t doubt your ability to combine work and family and thus edge yourself out of plum assignments before you even have a baby. Leaning in can promote a virtuous circle: you assume you can juggle work and family, you step forward, you succeed professionally, and then you’re in a better position to ask for what you need and to make changes that could benefit others.

No one who reads this book will ever doubt that Sandberg herself has the will to lead, not to mention the requisite commitment, intelligence and ferocious work ethic. Sandberg has been the chief operating officer of Facebook since 2008. At 43, she has already had a storied career: research assistant to Lawrence Summers at the World Bank; management consultant at McKinsey; chief of staff to Summers at the Treasury Department; and six and a half years at Google, where she rose to the post of vice president of global online sales and operations. She has also made it to the top of the notoriously male-dominated world of Silicon Valley, where the paucity of women among the ranks of computer scientists and engineers is still all too visible.

Sandberg is not just tough, however. She also comes across as compassionate, funny, honest and likable. Indeed, although she refers early on in the book to a study showing that for men success and likability are positively correlated, whereas for women they are inversely correlated, she manages to beat that bum rap. (Who can forget when Barack Obama, in one of his few slips on the 2008 campaign trail, said patronizingly to his chief rival: “You’re likable enough, Hillary”?) Sandberg’s advice to young women to be more ambitious, which can sound like a finger-wagging admonishment when taken out of context, is framed here in more encouraging terms — “What would you do if you weren’t afraid?” — addressing the self-doubt that still holds many women back.Photo 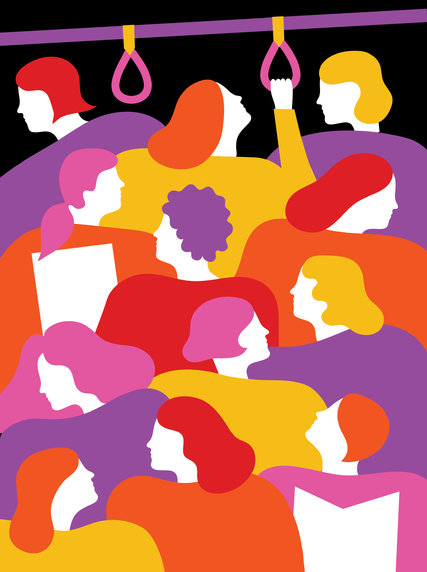 Most important, Sandberg is willing to draw the curtain aside on her own insecurities. She describes the many times in her career when she was deeply unsure of herself, and the uncertainty that has never entirely gone away:

“I still face situations that I fear are beyond my capabilities. I still have days when I feel like a fraud. And I still sometimes find myself spoken over and discounted while men sitting next to me are not. But now I know how to take a deep breath and keep my hand up. I have learned to sit at the table.”

Sandberg quotes other powerful women sharing their own insecurities, including a wonderful anecdote from Virginia Rometty, the first female chief executive officer of I.B.M. As Sandberg tells the story, Rometty was offered a “big job” early in her career, but she worried she might not have the proper experience. So she told the recruiter she would have to think it over. When she discussed the offer with her husband, he pointed out, “Do you think a man would ever have answered that question that way?” It all comes down to confidence, Sandberg suggests, and it is easier to be confident if you realize that your role models have plenty of doubts of their own.

Sandberg’s career as a feminist champion began with her 2010 TED talk, in which she first laid out her lean-in message. She followed up with a commencement address to the Barnard class of 2011. Both went viral. “Lean In” builds on the themes of these earlier talks, bolstered by extensive references to scholarly works and popular literature. She advises women to “make your partner a real partner,” recalling how she and her husband set patterns early on in their relationship that made them genuine equals when it came to child care. Her phrase “It’s a jungle gym, not a ladder” describes the many different paths careers can take, sideways and even downward on their way up. She also shares Eric Schmidt’s advice to her when she was considering a job offer at Google, which was a less attractive option than others she had at the time: “Only one criterion mattered when picking a job — fast growth.” Sandberg connects this to the value of personal growth, even when, or especially when, you are afraid.

“Lean In” is full of many such gems, slogans that ambitious women would do well to pin up on their wall. Figure out what you want to do before you meet with the people who can hire you. Ask yourself constantly: “How can I do better? What am I doing that I don’t know? What am I not doing that I don’t see?” “Done is better than perfect.” And many readers will enjoy the glimpse into the lives of the rich and famous that Sandberg affords. Head lice are an all-too-frequent and upsetting part of parenting, but when Sandberg discovered her two children had them, they were all flying to a business conference on the corporate jet of John Donahoe, the C.E.O. of eBay.Photo 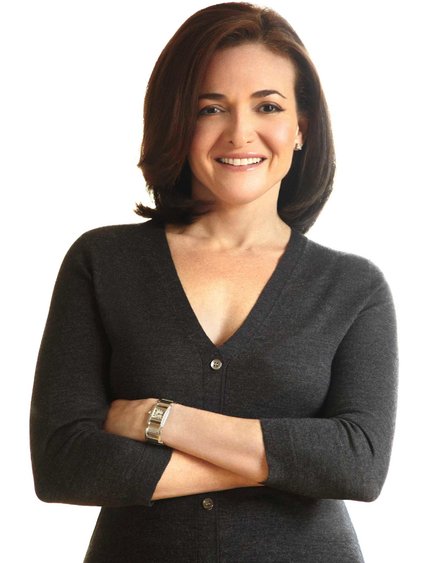 Inevitable questions of privilege aside, many parents will think, as I did, that this is a young woman’s book. Indeed, I nodded in recognition at so much of what Sandberg recounts, page after page, remembering my own early professional experiences and looking back to the days when my children were 5 and 3 (the age when they complain that they don’t see enough of you, rather than wanting you to get out of their face). This is also the book of someone who has never met a challenge she couldn’t surmount by working harder and believing in herself. But for the 229 missing female Fortune 500 leaders, as well as the hundreds of thousands of women who should be occupying lower-level leadership positions but aren’t, the problem is not leaning back but encountering a tipping point, a situation in which what was once a manageable and enjoyable work-family balance can no longer be sustained — regardless of ambition, confidence or even an equal partner. Sandberg is right to say that it is easier to handle work-family conflicts from as high a position on the career ladder as possible, but if in fact it’s the tipping points that tip women out of the work force, or at least prevent them from rising, then no amount of psychological coaching will make a difference.

That is the real debate here, and it’s an important one. Sandberg puts her finger on it when she writes: “For decades, we have focused on giving women the choice to work inside or outside the home. . . . But we have to ask ourselves if we have become so focused on supporting personal choices that we’re failing to encourage women to aspire to leadership.” This view accords with some of the findings of the Princeton Steering Committee on Undergraduate Women’s Leadership, which concluded in a March 2011 report that young women at Princeton often did not put themselves forward for leadership positions and were sometimes actively discouraged by others when they did. The Princeton committee also found that “the start counts,” meaning that the first few weeks on campus are crucial for women: an early willingness to step forward as a leader will lay the groundwork for future opportunities.

Still, after the start comes a very long road, with lots of bumps and what the law professor Joan Williams calls “the maternal wall” smack in the middle of it. Sandberg’s approach, as important as it is, is at best half a loaf. Moreover, given her positions first at Google and now at Facebook, it is hard not to notice that her narrative is what corporate America wants to hear. For both the women who have made it and the men who work with them, it is cheaper and more comfortable to believe that what they need to do is simply urge younger women to be more like them, to think differently and negotiate more effectively, rather than make major changes in the way their companies work. Young women might be much more willing to lean in if they saw better models and possibilities of fitting work and life together: ways of slowing down for a while but still staying on a long-term promotion track; of getting work done on their own time rather than according to a fixed schedule; of being affirmed daily in their roles both as parents and as professionals.

Some workplaces are beginning to make these changes. The Boston Consulting Group, for instance, has discovered the value of predictable time off every week, which leads team members to work much more collaboratively in ways that support one another’s needs. As documented in “Sleeping With Your Smartphone,” by the Harvard Business School professor Leslie Perlow, this approach has required a deep cultural change for consultants used to a 24/7 environment, as well as a commitment from management. But the business benefits have proved their financial and psychological worth. Other examples include the adoption of a Results Only Work Environment, which grants employees complete flexibility as to when, where and how they work, as long as they get their work done.

So is the dearth of women in top jobs due to a lack of ambition or a lack of support? Both, as Sandberg herself grants, proposing that women should “wage battles on both fronts.” Yet she chooses to concentrate only on the “internal obstacles,” the ways in which women hold themselves back. This is unfortunate. As a feminist and a corporate leader, Sandberg seems ideally placed to ask the question that all too often gets lost amid the welter of talk about what women should do, what they should want and how they should behave. When it comes to ensuring that caregivers still have paths to the corner office, how can business lean in?

Women, Work, and the Will to Lead